Why are Android payment terminals so popular?
March 31, 2022
Blogs

Three PAX experts review the key factors behind the rise of Android SmartPOS - how they are delivering value to acquiring banks, merchant service providers and their merchants - and why security is stronger on Android SmartPOS compared to legacy POS terminals.

When Steve Jobs unveiled the first iPhone on January 9th, 2007, there were few people who didn’t want to immediately trade-in their legacy Nokia or Motorola device for the shiny new Smartphone.

Today, it is beautifully designed, elegant Android SmartPOS devices with Smartphone-like features that are fast replacing the tired look & feel of legacy POS terminals in the merchant acquiring world. 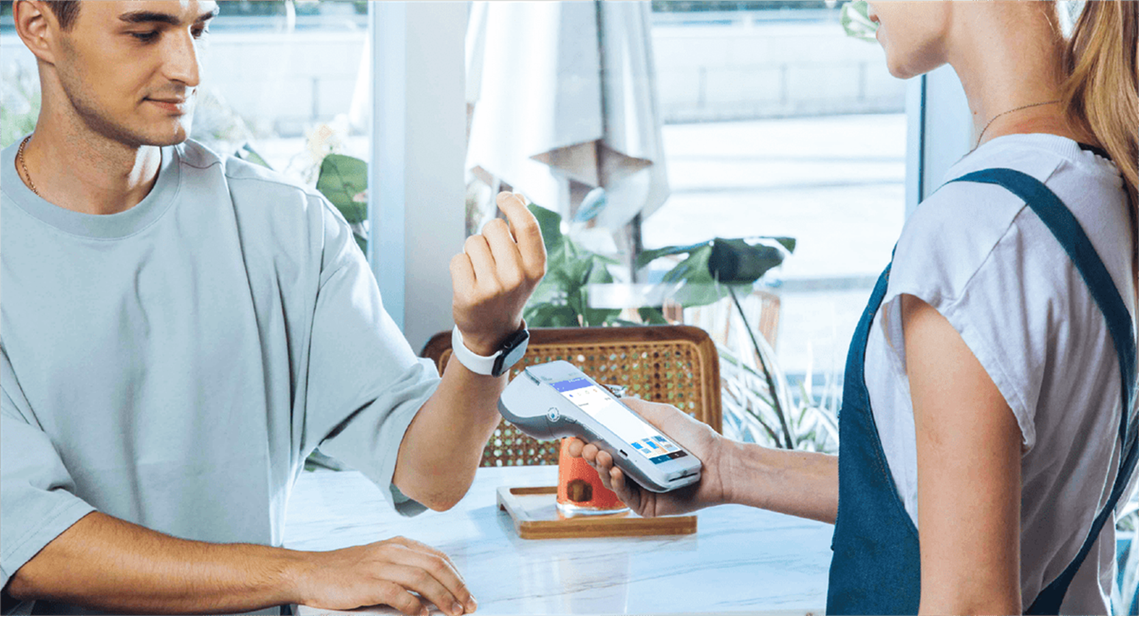 The evolution from legacy POS to Android SmartPOS

POS terminals have been around for 40 years, but it is only recently that newer generation payment terminals - intelligent Android-based devices known as SmartPOS - have come to market, causing a technological tsunami which is catching many traditional acquiring banks unawares, and providing ample opportunity for fast-moving Payment Service Providers (PSPs) and Acquirers to win merchant market share.

POS terminals first came to market in the 1980s, operating as standalone counter-top devices connected to PSTN telephone lines with the sole purpose of electronically processing magnetic stripe card payments. They evolved during the 1990s & 2000s, both in terms of wireless connectivity - portable battery powered devices with 2G, 3G, WiFi communication and with the widespread adoption of EMV smart cards, Contactless and Near Field Communication (NFC) transactions. 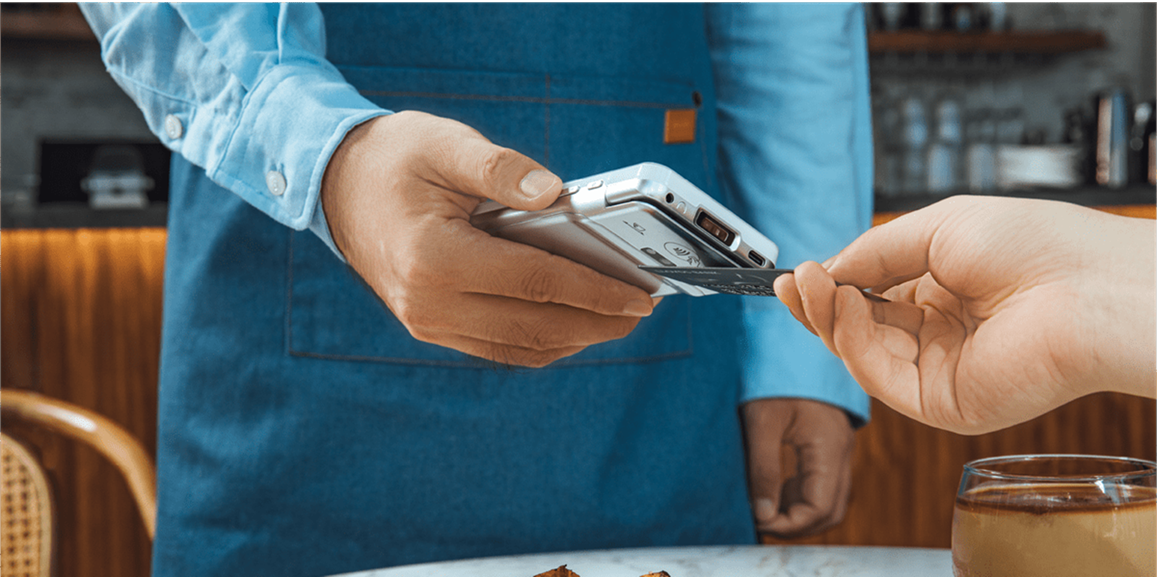 Legacy POS terminals used to be powered by proprietary operating systems, before migrating to Linux, and now finally to Android - SmartPOS solutions in which PAX Technology is considered a global leader & innovator.

Why has Android SmartPOS become so popular?

The secret to achieving mass-market popularity with merchants lies in deploying Android SmartPOS devices which simultaneously run a cash register app alongside a payment app - that is when markets really seem to take off.

But first, to even begin understanding this phenomenon, the reader must first appreciate the true value delivered by Android.

Google purchased Android 16 years ago and invests millions of dollars each year to strengthen and extend the operating system. It is core to the company’s future, the same way transactional security is core to that of PAX Technology. Google constantly add new features, remove obsolete capabilities, and strive for greater OS efficiencies and an improved UX (user experience).

Today, Android powers 70% of the world’s smartphones and is an OS designed for mobile touch-screen devices using wireless communications to connect to the internet, on which to run beautifully designed software applications.

(Proprietary operating system were always starved of investment, slowing down innovation at the point of sale and delaying the launch of new payment terminals).

Independent Software Vendors (ISVs) around the world recognize the many advantages of Android and are now making their vast library of apps available to merchants - through the PSP or Acquirer who serve them using delivery platforms such as PAXSTORE - creating new business opportunities & improving operational efficiencies. With Android it is much easier to integrate new applications, and the huge revenue potential makes these ISVs want to offer their apps on Android POS machines, which in turn is helping create demand pull for these devices. 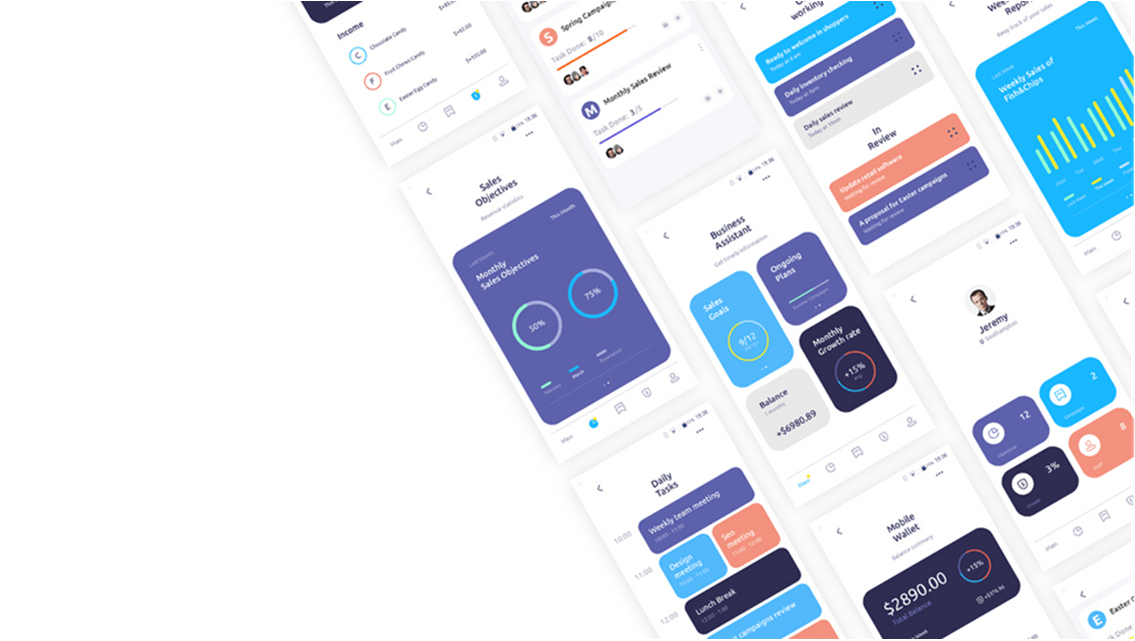 The beauty of Android is that multiple applications can run seamlessly together on a single SmartPOS device, removing the need for small merchants to keep using cash registers or barcode scanners - thus lowering total cost of ownership. SmartPOS simplifies entry to new market sectors for merchant service providers and expands the number of places where payments can be accepted. Put simply, Android allows you to do more on a payment terminal, transforming it into a powerful multi-purpose Point of Service.

PAX Technology’s wide portfolio of SmartPOS products use a special locked-down version of Android - known as PayDroid OS - which runs on dedicated CPUs to isolate payment processing and sensitive card & customer data from Android and non-payment applications. This delivers increased security by design. PAX SmartPOS are fully certified to PCI & EMVCo regulatory standards and are compliant to both international card association and local acquirer requirements. 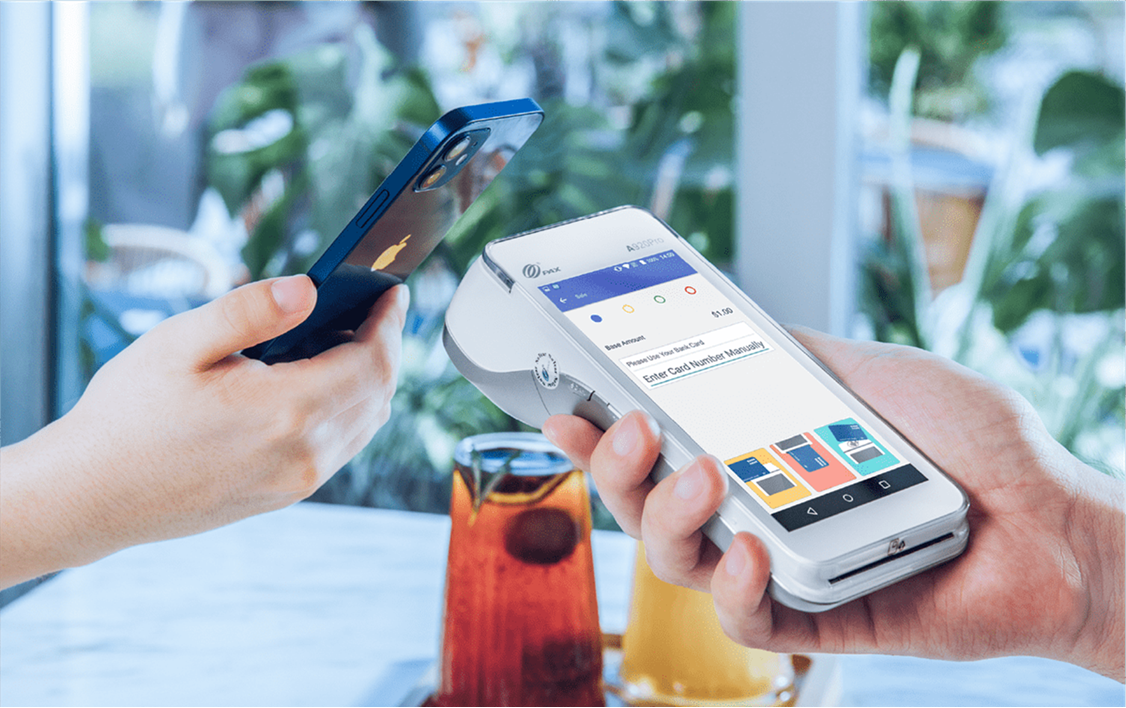 App marketplace security best practices are incorporated into the PAXSTORE platform’s design. This includes software scanning and malware detection. Remote key injection (RKI) is performed in highly secure facilities certified by international card networks, while strong cryptography is used by software developers to sign each app, and then by the terminal owner (such as a PSP or Acquirer) to control the deployment of applications to SmartPOS in the field.

This includes a real-time geolocation feature, just like the ‘find my phone’ service in Smartphones, which displays the exact location of each device on a map, even in areas where there is no GPS signal. Android security features allow merchant service providers to fulfill their PCI chain of custody compliance requirements and helps prevent unauthorized access, modification, or substitution of a terminal. 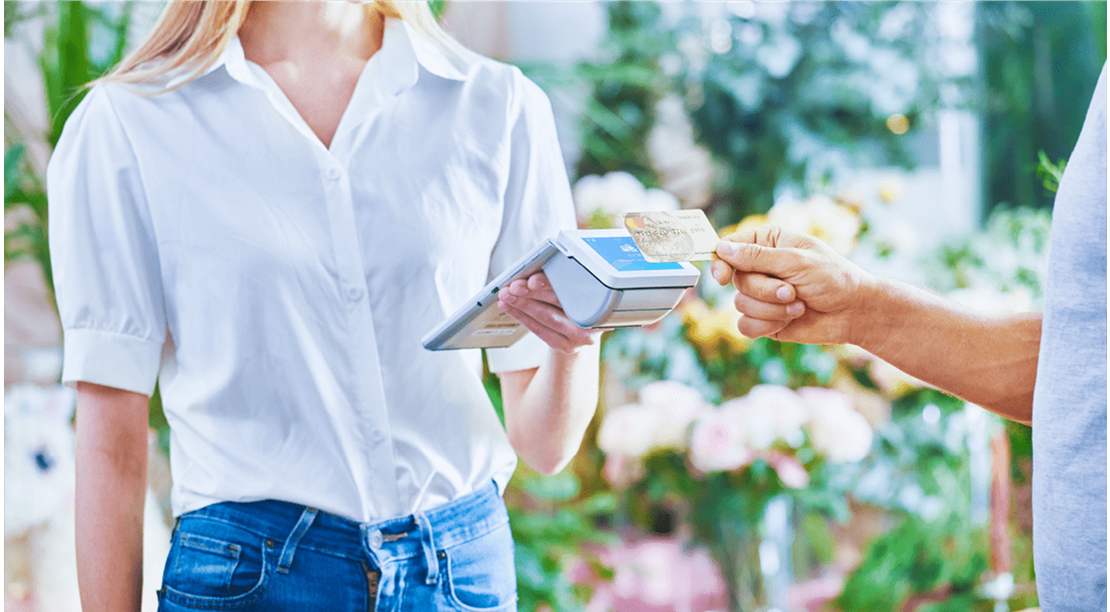 Benefits of Android for acquiring banks and merchant service providers

Apart from the obvious benefit of a provider creating the perception - in the minds of its merchants - of being a more innovative supplier of instore merchant services than its competitors, through the provision of ‘technology-upgraded’, aesthetically pleasing, SmartPOS terminals, there are a number of other areas where benefits accrue, specifically app development, estate management and new revenue generation.

Acquiring banks have often considered themselves ‘held to ransom’ by local POS terminal providers, primarily because they have no control over application development & support costs of payment software applications running on their legacy POS terminal estates. By adopting Android, fewer software resources are needed to develop applications and these are more readily available and at a lower cost. No specialist programming skills or premium salaries apply. App development is simplified. Developers need not worry about non-payment specific features as these are directly handled by Android or readily available from mainstream software development tools or trusted open-source code.

A secure process called AirViewer even allows full remote control of a SmartPOS device in the field. All software components can be downloaded remotely, even over the air, if needed. The management of merchant networks is simplified overnight, rendered more efficient, saving time, money and resources. Instant messaging can also be delivered directly to a merchant, generating higher levels of merchant acknowledgment of important communications as the message appears directly on the SmartPOS screen and does not require the store manager to log-in to any other system, nor rely on reading communications sent through the post. 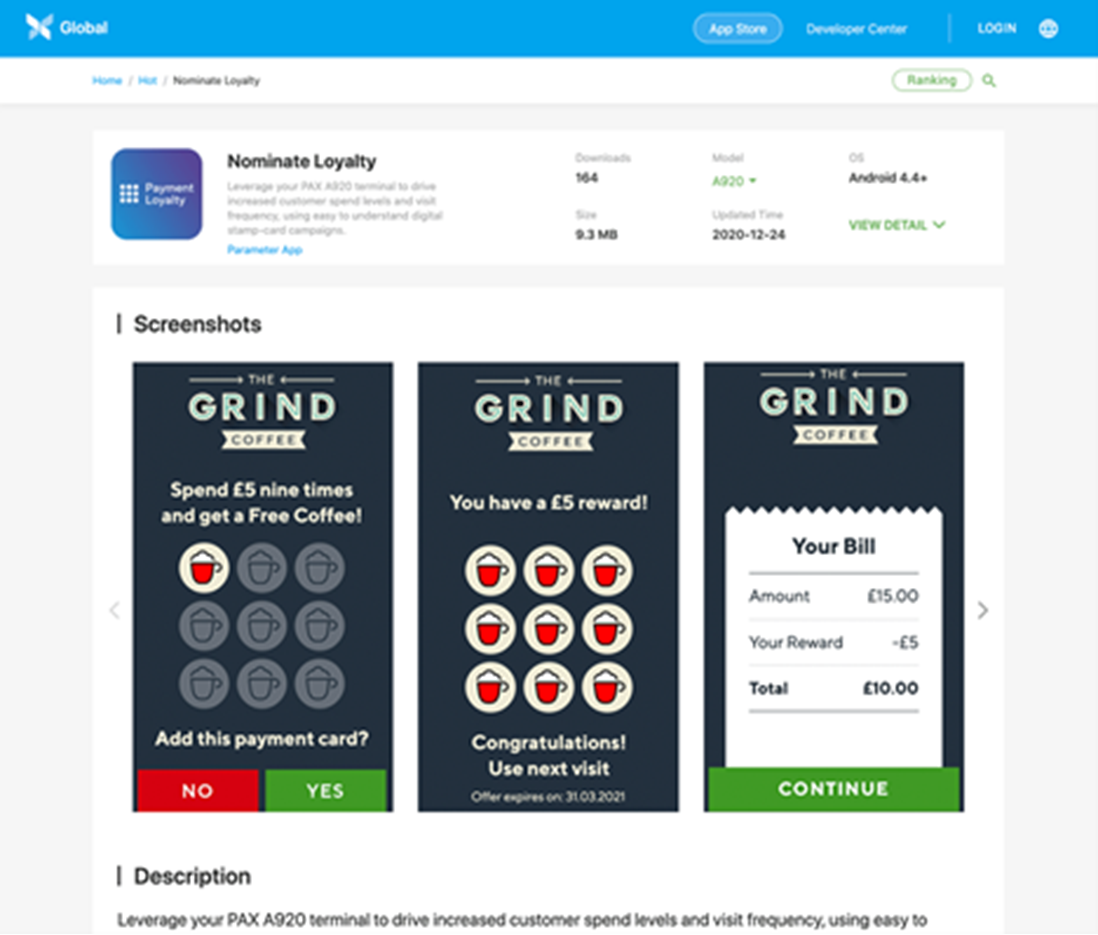 As with PSPs, there are numerous areas where merchants are seeing advantages when switching to Android SmartPOS - such as around hardware, operations, customer interaction and product reliability.

Merchants used to have a whole army of hardware products taking up valuable counter space - cash register, cash drawer, printer, barcode scanner, POS terminal, etc - whereas now a single SmartPOS (available in a variety of form factors) can be used to record a sale, accept payment, manage loyalty points and instant rewards, check inventory levels, validate tickets and coupons, or perform many other things. By running multiple applications on a single device the value of the SmartPOS terminal increases whilst the amount of CAPEX or OPEX investment required is reduced.

Importantly, merchants value the improved management information reporting & analytics that can now be delivered - through a merchant service provider’s PAXSTORE platform - thanks to the additional data elements captured and made accessible by Android SmartPOS.

Merchant customers - the general public - prefer interacting with SmartPOS devices, whether standalone or unattended, as they have larger high-definition touch-screen displays which deliver ease of use. Merchants can also better showcase branding, convey promotional messages & videos, and create improved client loyalty. Managing this type of media content is simplified thanks to Android.

PAX SmartPOS terminals have earned a reputation with merchants of being more reliable compared to the previous POS terminals they used - probably because of improved software stability and manufacturing product quality - creating less operational disruption compared to before. The advanced remote management capabilities - such as AirViewer mentioned earlier - allow most issues to be quickly resolved, remotely, by operator helpdesks.

The global community of PAX partners and customers believe that Android delivers far superior value than other operating systems and that ultimately all payment terminals will be powered by Android, for the many reasons outlined in this paper. The majority of merchant service providers around the world increasingly appreciate the advantages offered by Android - combined with the best-in-class PAXSTORE platform and high-quality product portfolio provided by PAX Technology. Many also realize that their merchants are either looking for, or being offered, such solutions, so feel the need to proactively engage with this technological shift.

(But we also understand that not everyone fully understands how Android SmartPOS terminals can enhance their business, nor how to ensure they are securely deployed, and perhaps not able to properly measure total cost of ownership. As a result, there are still a handful of countries where we still see traditional acquirers resisting the Android SmartPOS technological shift, trying to hold on to the legacy POS terminal business model).

Thanks to Android, the payments industry can now piggyback on the scale and investments made in the smartphone industry. Component and peripheral manufacturers include Android support as part of their standard product release, allowing faster incorporation of new chip sets and features such as cameras, scanners, microphones, memory cards and high-definition displays. This results in PAX Technology being able to launch new SmartPOS terminal models faster. Android captures far more data elements during operations, which allows enhanced analytics, remote and preventative maintenance to be performed and presents data monetization opportunities, which PAX offers to its customers through the PAXSTORE platform.

And thanks to the faith placed in PAX by our partners and customers all over the world - to whom we have shipped many tens of millions of products in over 100 countries - we are proud to be the payment terminal industry’s leader. 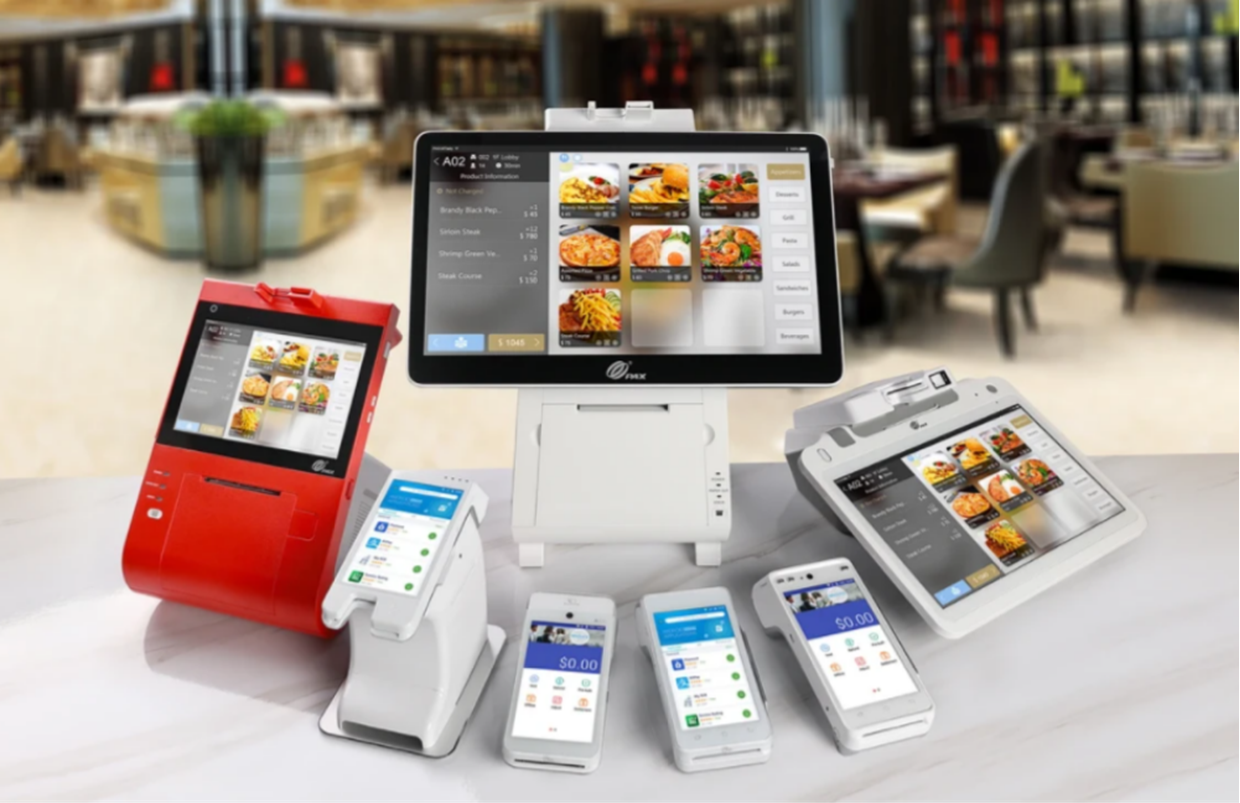